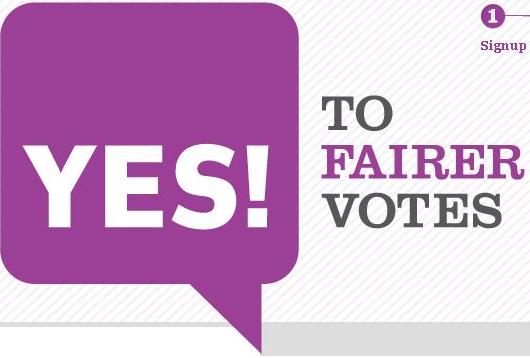 I wish to be ruled by a party or parties that have at least 50% of the popular vote as otherwise they have no democratic mandate. The leading three parties do not command any such mandate alone being three large minorities and multi-party government must be the way forward. This electoral reform would better reflect the diverse opinions of the British public which is far more important than all this mythology about strong governments – I want a smart pragmatic government not an ideological one with narrow political values and interests.

I believe we have a democratic deficit between the governing and the governed in this country and one of the reasons is that so much of the electorate feel disenfranchised under the present system, that there vote does not count in most cases.

AV is not my preferred choice but I do prefer to our current system and hope that it will be a gateway to an ever more representative system in the future.

One thought on “AV – I will be voting yes”