Coco, the 1969 Coco Chanel inspired Broadway Musical, is currently being revived by the Lilian Baylis Studio through to June 12 at Sadler’s Wells, London.

The original had excellent credentials – written by My Fair Lady author Alan Jay Lerner, with music by Andre Previn and stage-sets by Cecil Beaton – yet it failed. Ostensibly it was to celebrate the (early) life of Coco Chanel but actually focused on a very narrow late period of it (1953/4, when she was out of love with the critics and financially near bankrupt) much to Coco Chanel’s chagrin. Her part was played by Katherine Hepburn. She gave a zesty performance and there were a number of promising titles like ‘A Woman Is How She Loves’ and ‘The Money Rings Out Like Freedom’ – but there were no show-stoppers, nothing out of the musical ordinary.

Musicals about fashion designers provide an opportunity to see the life’s arc of their creations and ‘Coco’ with its finale presents her works from 1919 to 1959 as a fashion show. I wonder how the Lilian Baylis Studio will catwalk her collection.

But musicals tend to be conservatively composed and Coco was no exception. 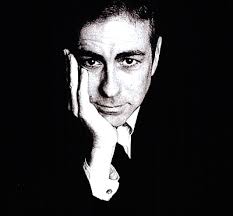 Last year French singer and composer Alain Chamfort released an album of sixteen songs dedicated to the life of another French Fashion Designer Yves Saint Laurent called ‘Un Vie Saint Laurent’. It clearly lent itself to a musical and this idea has been taken up.

Fashion designers are a ripe subject for musicals – with their lives often as creative and eventful as their collections. The visual representation should not be taxing – a short step from Couturier to Costumer.

It is more whether the music can do them justice.

British Fashion Designers Alexander McQueen and Vivienne Westwood would be fitting subjects for musicals, but the musical accompaniment would need to be an angular punky departure from the usual neutral ersatz string arrangements.