Gabrielle Solis – Spotted Ghost from her Past

The final episode of Series 7 of Desperate Housewives Come On Over for Dinner aired in the UK on Channel 4 and E4 this July – and inevitably for at least one cast member it was a fatal ending.

You might expect the highest body counts on TV to be in urbanscapes of high crime and low hopes like Shield or The Wire, or even a hospital city-based drama like ER. But no the highest proportion of murders per capita is Wisteria Lane – no coincidence perhaps that its narrator is herself a ghost of that place.

In the UK we have Midsommer Murders set in a seeming rural idyll in a Mid-England Shire and where again the per capita murder count is far higher than London based crime dramas such as the now deceased The Bill and the very much living Luther. Should you live in Midsommer then death will be sure to visit you soon and if not you then your loved ones or neighbours. 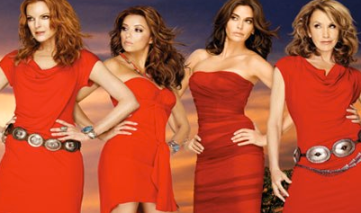 Desperate Housewives is the USA equivalent of these Suburban Murder stories.

I imagine the house-prices in Wisteria Lane are much lower than similar sized homes in nearby neighbourhoods.

In the penultimate episode And Lots of Security we see the appearance of Gaby’s step-father who she believed to have been dead and whom also raped her when a girl. Gaby’s step father Alejandro is played by Tony Plana – you may know him as another much more benign and cuddly father Ignacio Suarez to Ugly Betty. And the second Ugly Betty cast member to have shown up in Wisteria Lane following Wilhelmina Slater still resident as Renee Perry. Perhaps America Ferreira herself will yet find herself in Wisteria Lane. 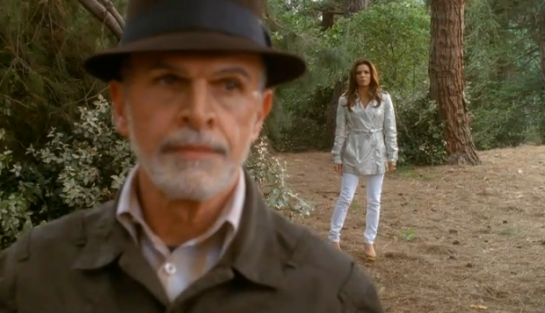 In the final episode Come On Over for Dinner Gaby’s past has caught up to haunt her where she lures her step-father to a clearing and confronts him at the point of a gun. This appears to us to have done the trick but he re-appears in her home when she is all alone bar her two young daughters. This time she is unarmed and he sets upon her again to repeat his terrible act – but fortuitously her husband Carlos returns home to nip this act in the bud by grabbing a lead-based candlestick-holder – always much more than a near-redundant household ornament! – and hits him hard on the head with it. It turns out that Carlos has done more than knock out Alejandro, he has killed him. 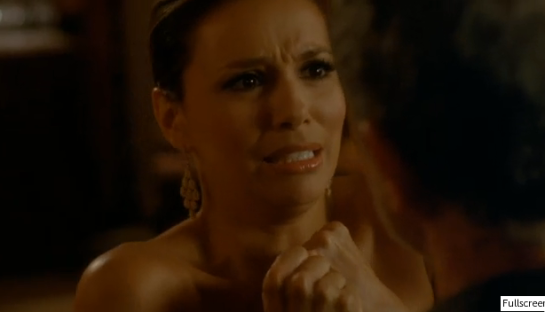 During this episode a dinner has been thrown for Susan and Mike Delfino, in honour of their returning to their Wisteria Lane home, but with a difference in that each course takes place at the home of one of the guests. Desert is to take place at the home of Gabrielle and Carlos Solis yet it is child-abuser Alejandro who has got his just desert. The remaining residents though are on their way. Bree Van De Kamp is one of the first to arrive and on discovering the dead body and following their explanation suggests that she herself will be the fall-gal or at least help cover-up this murder for them. And why this seeming selfless gesture? Because her son Andrew was responsible for the death of Carlos’ mother Gloria several years earlier in a drunken road accident which she herself had covered up to prevent her son being sent to prison. This led to Carlos and Bree being estranged and this neat-story outcome allows them to become unestranged again.

In the previous episode Then I Really Got Scared Felicia Tilman behind the wheel of her car, on the run from her past crimes catching up with her, sees an urn containing her daughter Beth’s ashes fall off the passenger seat to the footwell and on moving to recover them loses sight of the road and veers into the path of an oncoming articulated lorry which totals the car and the end of the line for Felicia.

And the ashes of her daughter were they from natural causes? As if! – she had committed suicide in the Everything’s Different Nothing’s Changed episode by shooting herself in the head so as to provide a kidney for Susan Delfino feeling her life was worthless and this giving of her life to save another her one last chance at salvation.

And from what crime was she fleeing – from her near murder by lethal injection of Paul Young – who was only saved by the good fortune of neighbour Susan Delfino interupting her in the act. And why was Felicia Tilman attempting to murder Paul Young? Because as regular viewers will know he had murdered her sister. And why had he murdered her sister?! Because Felicia’s sister had murdered his wife Mary Ellis Young, the Ouija voice-over of every Desperate Housewife episode.

Also remember Larry Hagman’s brief appearance as Frank earlier this series when Lynette Scavo’s mother Stella re-marries Frank, himself a serial betrother, only to later expire while visiting Lynette’s family to have a family photograph taken and where ‘Cheese’ were the last words ever to be uttered from Frank’s lips! – at least death by natural causes! 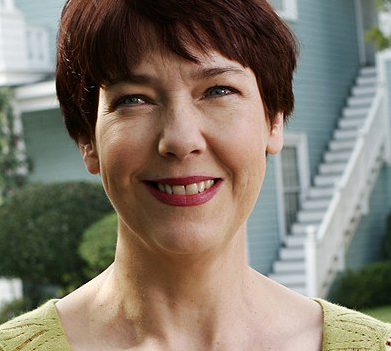 And lest you have forgotten in Series 6 there was Eddie the Fairview Strangler and his serial killer trail of death and destruction – not strictly on Wisteria Lane but on an adjoining suburban street. In this sixth series were also the Witness Protection couple Angie and Nick Bolen and her ex-boyfriend and eco-terrorist (as too she was) Patrick Logan (played by Torchwood‘s very own John Barrowman). In another episode in this series a pilot has a heart-attack and the plane descends towards a built-up neighbourhood – naturally it should be Wisteria Lane!

And then in Season 5 Serial Killer Dave Williams.

I shall not list and catalogue all the other death and destruction in Wisteria Lane – save to remind you of the Tornado which laid waste to the whole of Wisteria Lane in Season 4.

I look forward Season 8 (commencing in the USA on ABC in September 2011) just be sure to note that if there is a new character on the Lane there is a more than even chance they have a murderous past to conceal or a murderous future before them.