Some reservation about a nostalgia post as even though I may like to present as an antidote to it in the style of the Buzzcocks ‘Nostalgia for an age yet to come’ I am prone to bouts of it – my heart overruling my head.

Partly I resist it as there is a whole industry dedicated to making a sentimentalized museum of our past lives – the past is as much present as the present itself these days…on the other hand it is churlish to deny our happier memories which in essence is nostalgia?

The most saturated nostalgic genre is Television with whole stations dedicated to decades long gone.

Not to mention its place in the schedules of mainstream channels – flicking through my own channels a few months back I came upon the original 1960’s Star Trek on of all channels CBS Action – I guess I would classify Star Trek as action in the sense that any show involving the movements of human beings or indeed any beings is action! 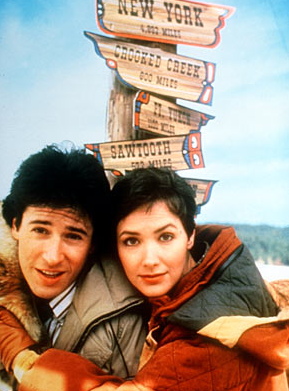 And then in the same spirit of unlikely channel homes I came upon the 1990’s David Lynch Television Opus Twin Peaks on the Horror channel. Though Twin Peaks is most certainly horror on a psychological level which is the level best horror works at, most of the content on this channel is cartoon horror with shows called ‘Alone in the Dark 2’ ‘The Dread’ and ‘Snowbeast’ so it was a pleasant surprise to re-witness on this channel Special Agent Dale Cooper’s search for the killer or killers of Laura Palmer.

But Northern Exposure – which perhaps is a kooky if wholesome child to Twin Peaks, its sinister uncle – I have yet to see replayed on any channel. Perhaps because it did not and still does not settle easily in any standard genre.

Because of Northern Exposure I can forgive Alaska anything – even Sarah Palin.

The plot revolved around recently graduated New York Doctor Joel Fleischman played by Rob Morrow who was expecting an upmarket Manhattan type posting and ends up serving his four year assignment in the Alaskan outback – a time-period it transpires one year short of the length of the series itself. This is much to his disappointment and disgust – the town welcomes him immediately – he will later warm to them. But the program has far too many narratives to neatly summarize.

The first inhabitant he meets is the pilot Maggie O’Connell who transports him the latter part of his Alaskan journey. Maggie is played by Janine Turner who is responsible for settling him in to his new surroundings. Their relationship starts frostily but thaws overtime.

And she is just a start to the unique and compelling characters in the show, for Northern Exposure was a town peopled solely by such. Each had their own narratives which would sometimes overlap with the narratives of other characters but as often would be a narrative unto themselves.

The show had its own narrator – if part-time narrator – by way of elliptical explanation courtesy of Chris Stevens played by John Corbett as a radio Disc Jockey come existential philosopher (and ex-con) – Laura Cantrell meets Albert Camus – before he later became Mr Big’s main contender for the heart of Carrie Bradshaw in Sex and the City – and whose musings in between the discs spun set the tone for each episode. 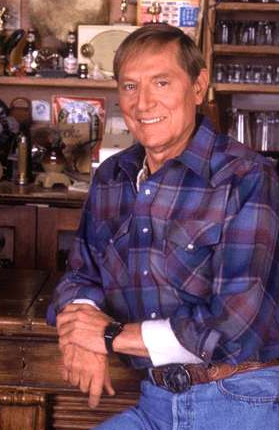 There were many love interests in the show too such as that between Holling Vincoeur played by John Cullum the aging bar owner (and Town Mayor) and his much younger girlfriend waitress Shelley Marie Tambo played by Cynthia Geary.

Another key character was Maurice J Minnifield ex NASA Astronaut and big C Conservative – a Tea Partier before there was a Tea Party – played by Barry Corbin (and of whom appearing a decade later in One Tree Hill – one of those programs I will watch briefly while cruising channels but never stay more than five-minutes a a time for – first reminded me again of Northern Exposure).

There were notable Native American characters too such as Ed Chigliak played by Darren E Burrows as  an avid film-buff and budding director.

Forgive the long roll call of characters but this was an ensemble series where they all had significant roles.

Though perhaps the key character was Cicely, she the town they all inhabited.

Adam Arkin made occasional appearances too as the singular and single-named Adam. And yes there was a character called Eve who made even more fleeting appearances. There were many other notable characters but at 110 episodes long I am not going to list them all here, even if I could recall them all.

Writing partners Joshua Brand and John Falsey had previously wrote for St Elsewhere which does not really prepare for this free-wheeling poetical masterpiece. Nor did either follow up with much other notable content for TV – perhaps of the view of what can possibly follow this and so both put down their respective pens and wandered off into the creative sunset, or so I like to romanticize it!

Northern Exposure made me think, introduced me to new movies and books and music. It kept me interested with its multiple mazy narratives – it coud go anywhere at anytime and do so in its own terms.

However as said it was 110 episodes long and I am not going to pretend that my memory is such that I can remember every story-line and every character. I also sadly missed about six episodes – having missed one episode I decided I was not going to watch the remainder of the series until I had seen that episode – they never repeated it on British telly!

It is now available on DVD but I would very much like to see a re-run on TV so that others too can become familiar for their first time with Cicely and her townsfolk. And yet others to relive again – unnostalgically you understand! – its rich stories and characters.