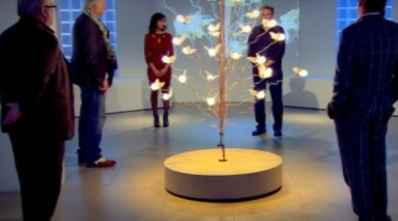 Four Rooms the new Channel 4 show in which members of the British public chance their valued – and they hope valuable – goods with four professional dealers. A sexed up Antiques Roadshow (unless you had a soft spot for Michael Aspel and now Fiona Bruce!) – where there is no pretense here that the seller is deeply sentimentally attached to their family heirloom or prize purchase and is only there to find out about the item’s social history and with only a very vague passing interest in its current market value, and then only for insurance purposes!

No, those showing their wares on Four Rooms have come to sell and will be asking the highest price they have the chutzpah to chance. Likewise the valuers in Four Rooms are dealers and if they like what is being hawked they will be making as low an offer as they have the brass for. The catch in Four Rooms is that the dealers can only be seen one at a time – each in a separate room – that’s right four dealers, four rooms – and if no deal is made there can be no returning later, tails between their legs, if they don’t get a better offer from subsequent dealers

The earlier comparison to Antiques Roadshow is also off the mark in that much of the items are not antique – though at what age does something become an antique?! All mod cons are on show too, antiques for an age yet to come – they hope.

In addition to the standard antique fare of furniture, jewellery, ornaments and paintings are toys, stuffed animals, fashion, pop art memorabilia and complete off the wall items like mummified mermaids and Ghanian coffins!

Also are items that would otherwise have far less value were it not for the fact they were once owned by someone of fame or infamy. One episode I saw included a suit worn by Sean Connery in the James Bond film You Only Live Twice followed by two jackets (couture at that by Moschino and Dolce & Gabbana) worn by Jennifer Saunders and Joanna Lumley in the 1990’s born British fashion comedy series Absolutely Fabulous – a show incidentally long overdue a repeat run. Neither of these sartorial items sold. 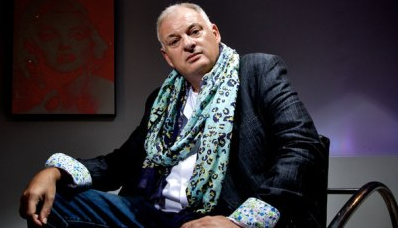 The Channel 4 website for Four Rooms details all the items featured and the prices fetched for the successful deals.

Before the bartering begins the seller preambles with an explanation of the item/s on offer and why they are now selling. Sometimes they try to pull on the heart-strings advising they have lost their income or had an accident – alas this is wasted breath as the dealers have lizard hearts. Some contestants are more upfront such as one selling a collection of Vivienne Westwood couture hats to finance a new bathroom of gold plated taps and rococo stylings!

And the four reptiles – sorry dealers! – are Gordon Watson an ex-Sotheby’s auctioneer, with a stated interest in 20th Century Design and perhaps the most conventional of the quartet. Next up is Andrew Lamberty a Chelsea dealer with an interest in furniture and also 20th Century Design. Then there is Emma Hawkins a glamorous young dealer with an interest in taxidermy. On her website she styles herself as Taxidermist/Interior Designer – in that order! Finally there is Jeffrey Salmon a forthright art and design dealer with an occasional penchant for whipping out a pair of dice and offering you a ridiculous choice – one price high and fantastic for the the seller the other price low and fantastic for the buyer. 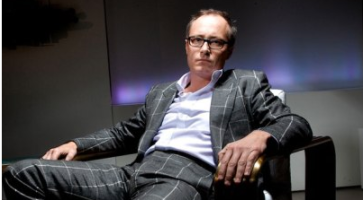 The haggling proceedings are all watched over by the show host Anita Rani.

Four Rooms has enough legs I feel to be commissioned for many more series. The dealers are telegenic, as are the items on offer. Both vie to be the star of the show.

The star though is the buying and selling itself – the venal haggling masquerading as polite negotiation.

Often we witness the line between need and greed crumbling. Whatever a seller initially states as a price they would be happy with, if that price is offered they will usually decline it now thinking to themselves they could get more. Usually they don’t which I guess is a poetic justice – certainly enjoyable TV for the schadenfreude in us the viewer!

And if on the other hand they are first offered a price lower than what they were wanting and decline it and subsequent offers are even lower they will often end up settling for a price much lower than the original higher offer. All in a day’s trading!

Antiques is now a genre on TV, so numerous are such programs, that it is to Channel 4’s credit that they have in Four Rooms commissioned a show that revitalises it. Antiques Roadshow may inspire you to look for one of your antiques to deal, Four Rooms may though inspire you to become an antiques dealer.