Doubtless this will be one of thousands, if not tens of thousands, even hundreds of thousands, of blog posts on the sad premature death of Apple pioneer, leader and visionary Steve Jobs, such is the global reach of Apple and the deep love of its products.

Not counting all the tweeting and commenting on other social media-sites in tribute there will be.

And then the non-virtual world such as the bouquets of flowers left outside Apple Stores in countless countries across the world.

And indeed there is this obituary from the Apple web-site

Nevertheless that is no reason not to join the crowd even if my voice will almost certainly get lost in it – that fact is itself an obvious testament to the huge love for Apple. 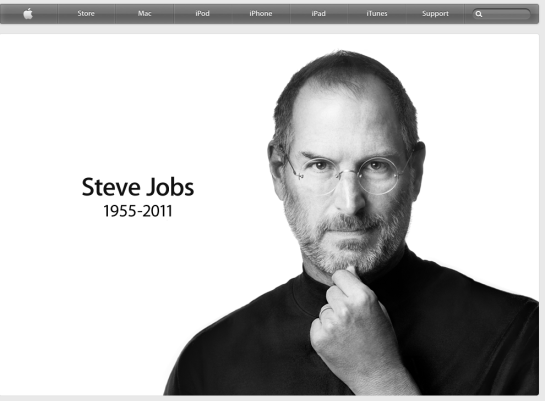 I was not an early adopter of Apple – before I came upon them I, like many I suspect, had come upon Microsoft and its Windows world – first at work in the office then at home with my first PC purchase at some forgotten year in the late 1990’s. I was geeky enough to know about Apple and that they were the main rival but also a very small one at that – definitely David to Microsoft’s Goliath.

My first Apple purchase though was not forgettable. It was in 2004 and like many it was not a computer that seduced me into the Apple world but an MP3 player – the iPod Mini. And how many of us now when we think of digital music players do not first think of an iPod and not one of their luckless MP3 player rivals? 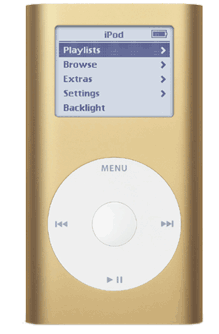 Then there was there ease of use – not only that but they integrated comfortably with existing technologies such as both my Hi-Fi system and my car’s stereo system – iTunes on the Go at full blast – heaven – well perhaps not for luckless passers-by who do not share my musical tastes.

This ease of use reached its pinnacle for me with my recent purchase of my iPad – literally I took it out of the box and synced it to my iMac – up popped iTunes and about five minutes later it was good to go. As it should be – but only Apple does it as it should be?

By the time I bought my iPhone I was completely immersed in Apple – I had an iMac G4, a Mini Mac, Apple TV and Time Machine. I am typing this post on my iMac G5 – I have not upgraded my iMac since because I have not had too – Apple products endure too. 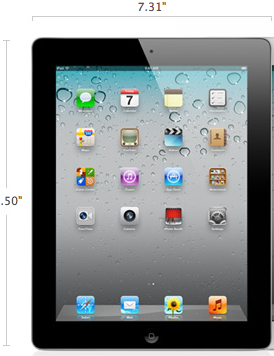 One criticism levelled at Apple is the cost of their items but I think it is the same cost as buying a pair of Italian leather shoes – they will initially cost more but they will then last longer and retain much more of their original value. I have bought a number of PC’s in the past which often only 6-12 months later have broken down with very little resale value even for parts, whereas Apple items continue to work and when I have sold them, on eBay and Amazon for example, they are still selling for more than 50% of their original price.

I do have concerns over Apple’s future though without Steve Jobs at the helm. There is much momentum still with the iPhone and the iPad and perhaps too the iCloud – but three years down the line and beyond – what products will they come up without the almost magical creative mind of Jobs? He is very literally irreplaceable – which was fantastic for Apple while he was alive but now with his sad death will it prove fatal for Apple?

Let us hope there is another maverick visionary within the ranks of Apple able to take over the golden baton of Steve Jobs.

2 thoughts on “Reflections on Steve Jobs and Apple”