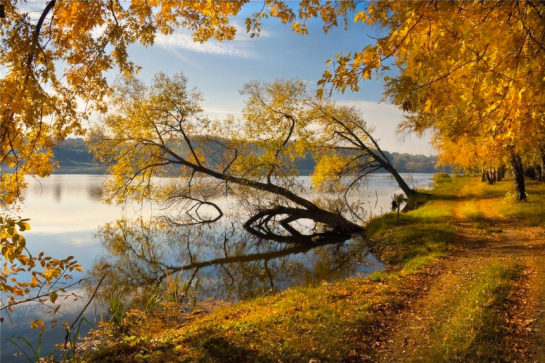 Here then it is.

Perhaps the best way to post about a photographer is simply to display some of their work with a few of my own personal responses – a picture speaks a thousand words – like many a cliché it is a truism too – and let the viewer make up their own mind.

Some background may be of interest though.

Alexander Kitsenko describes himself as a Landscape Photographer on the 500px site and states that he is from Kharkov in Ukraine. That is the extent of the biography he gives – suggesting perhaps that he too thinks his work should speak for itself.

The subjects of his photographs are certainly landscapes – and all Ukrainian landscapes it seems – for me to they have a dream-like quality – something about how he captures natural light – whether at dawn or dusk, direct sunlight or the watery filtering of cloud or mist.

When I googled him, my passing reference to him in my last post on this blog was page-ranked third, and with all due respect to my, it is sadly fair to say, little-viewed-blog this would suggest that he is not widely published on the web.

However he is signed up to other community-based photography websites where more of his work is on show – some of it indeed, such as 1X, the same as available on 500px – understandably as a photographer work is shared across multiple sites for maximum exposure as also you never know which of these sites will stand out from the crowd and which will get lost in the sound of them.

He does on the 1X site provide further information about himself – that he is an amateur photographer and that he is trying to ‘make life a fairy tale’ which is certainly the aura I get from much of his work.

More prosaically he states that he is in his early thirties and shoots his landscapes on a Canon EOS 35D – a camera from about 2005 now superseded by updated models – a modest mid-range camera in terms of performance if more fire-power and cost than most friends-and-family photo-taking cameras. And it demonstrates that though your choice of camera is clearly a central choice the most important factor is the photographer’s inner-eye, their sense of subject and art.

I also came upon the above photo from a site called Weather Forecast which I found arresting. Like a lot of his woodland photographs the forest is magical looking if in a Grimm way, beautiful yet forbidding.

He is also featured on Art Limited where both the same bio and photographs are on show.

As then details of him are not forthcoming on the web I will, as I suspect he wants it, let his work do the talking.

The Kingdom of Fog 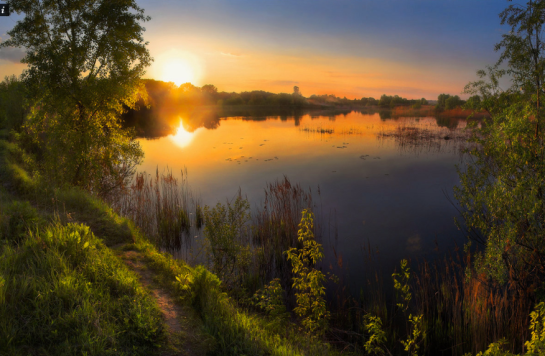 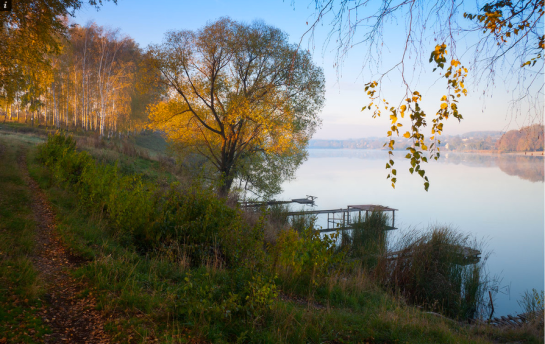