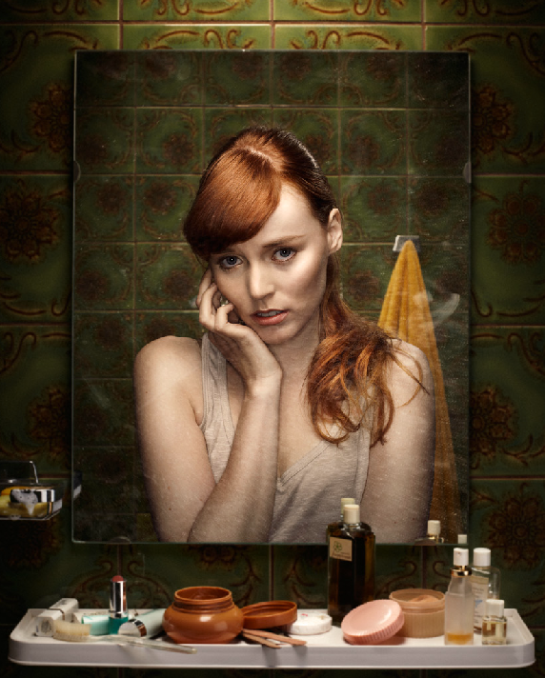 In my post International Photography Awards 2011 I promised further posts about some of the individual photographers who received awards or placed second or third.

One such was German photographer David Kretschmer, currently based in the Netherlands, whose entry ‘Mirrors’ was runner-up in the Non-professional Fine Art category.

He describes his work thus:

“Mirrors shows the contradictory view on beauty in the modern society. Four beautiful young girls, looking very doubting and insecure. As they are almost perfect looking, they observe themselves very strict and criticize every single flaw on their body and face. The four guys are in complete contrast to the girls. They are not perfect at all but they look very confident at themselves and don’t care about any beauty ideals. They are not pristine but they are satisfied.”

I have to agree.

Consider too a couple of recent pop songs.

Christina Aguilera‘s torch-song ballad ‘Beautiful’ nails this subject to its scarred beating heart. It was penned by Linda Perry and could we imagine her having penned it for Justin Timberlake?

The Sugababe‘s anti-anthem Ugly was similarly stirring in sentiment, but again could we have imagined the, let’s face it, far less photogenic Take That, agreeing to sing the Dallas Austin lyric?

I only have to think of myself and how much time I spend in front of a mirror before venturing out into the big bad world – barely a cursory glance often enough as I tumble outside – and believe me I am not one of nature’s pretty pictures! 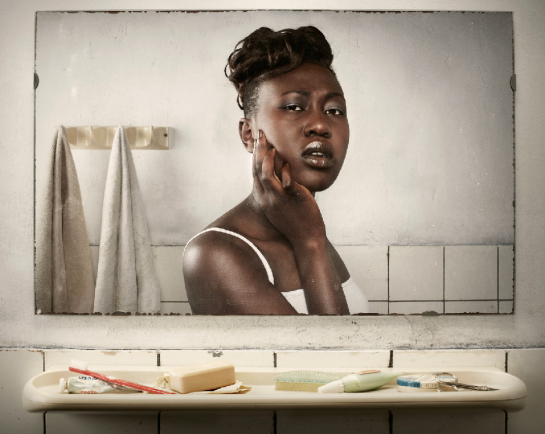 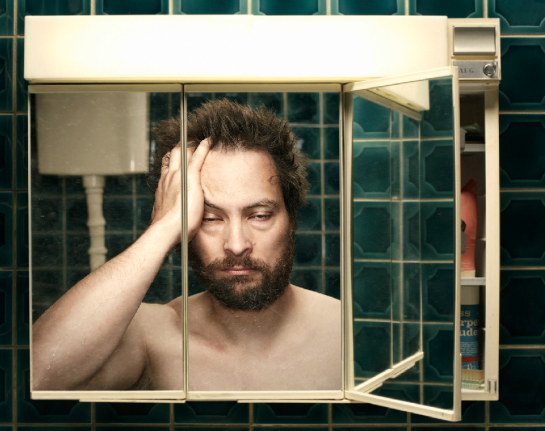 Not all of David Kretschmer’s work is detailed on the IPA site but you can see it in full on his own website. He is a newcomer to professional photography beginning as a freelancer last year. He already has a number of other photography awards to his name as well as appearing in numerous international publications including the UK’s Digital Photographer, the South Korean Blink and the Russian Fotovideo.

As well as the concept beyond his ‘Mirrors’ work I enjoy the way they have been executed – the opposite of Omar Ortiz who paints pictures that look like photographs, Kretschmer’s photographs look like paintings.

I also like the way some of the subjects have been shot – looking less like reflections and more like they have become Alice Through The Looking Glass as we bare witness to their out of body experience.

I look forward his future work. 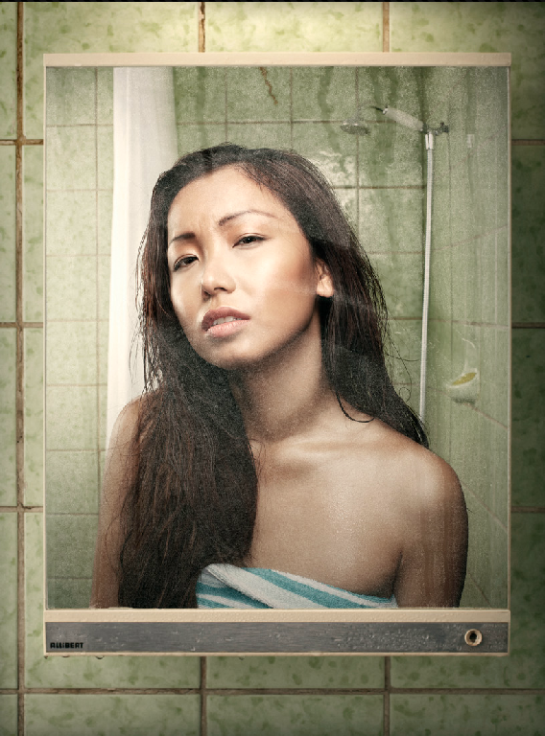 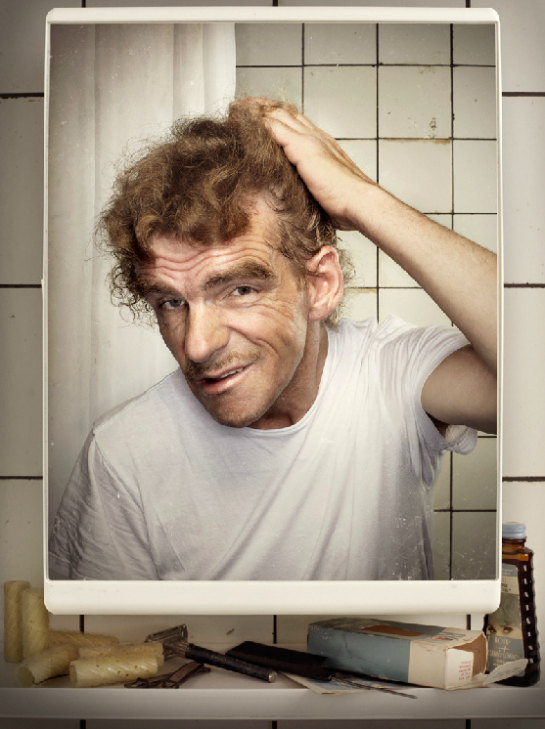