The Daily Show with Jon Stewart in the USA airs four times a week on the Comedy Channel.  Four episodes of political satire on the news of the day.  It wears its politics on its sleeve – an unapologetically liberal stand.

Could we have such a show here in the UK?  And if so, who might host it?  Do we even have unapologetic progressives in the UK – or only self-doubting and or self-hating lefties?

The Zeppotron produced 10 O’Clock Live came to the end of its first series last week April 28 on Channel 4. It was a weekly show, and commercials included ran to sixty-five minutes in length. Jon Stewart’s show despite four foray’s a week does only broadcast for 22 minutes a pop so in terms of air-time there is not too much difference between them.

Could any of their four presenters host a daily show alone?

Of the four the one non-comedian Lauren Laverne often made the most thoughtful and articulate contributions to the recent political news stories.

Jimmy Carr has the highest joke content – often though the comedy seemed more important than the political points being made.  That is fine but for a Daily Show the presenter does have to be as impassioned about their beliefs as its comedic undercurrent – the comedy should serve the politics not the politics serve the comedy.

Charlie Brooker is more impassioned but often in negative tirades – I am always left knowing what he is against than what he is for.

David Mitchell blends better political and satirical content.  He is eloquent, erudite and impassioned. The Daily Show with David Mitchell has a natural ring to it?!

I focused on 10 O’clock Live as a recent British political televisual satire but there are other candidates of course.

Clive Anderson is one such candidate, but perhaps a milder Charlie Brooker – more gently savage in his negative assaults – but still negative.

Stephen Fry?  He is erudite, fair-minded and has a sharp yet gentler humour – and seems to get the ire of The Daily Mail quite a lot – always a recommendation in my book!

There are many good comedians in this country and quite a number have satirical credentials – however it is not always clear what their politics are – a few causes they support and a number of issues they oppose but less cohesive their overall party political position – perhaps though this just reflects a national ambivalence to political parties and their politicians in particular than any deeper ingrained cynicism towards politics?

The BBC has a mandate to be even-handed so that neuters a lot of its political commentary – though perhaps benefits it too as not seeing the world in a narrow party-political lens.

‘The Daily Show with whoever’ would have to be on Channel 4 – where its presenters and the production team could be as passionately partisan as they wanted.

My preference would be for ‘The Daily Show with David Mitchell’ – how about you? 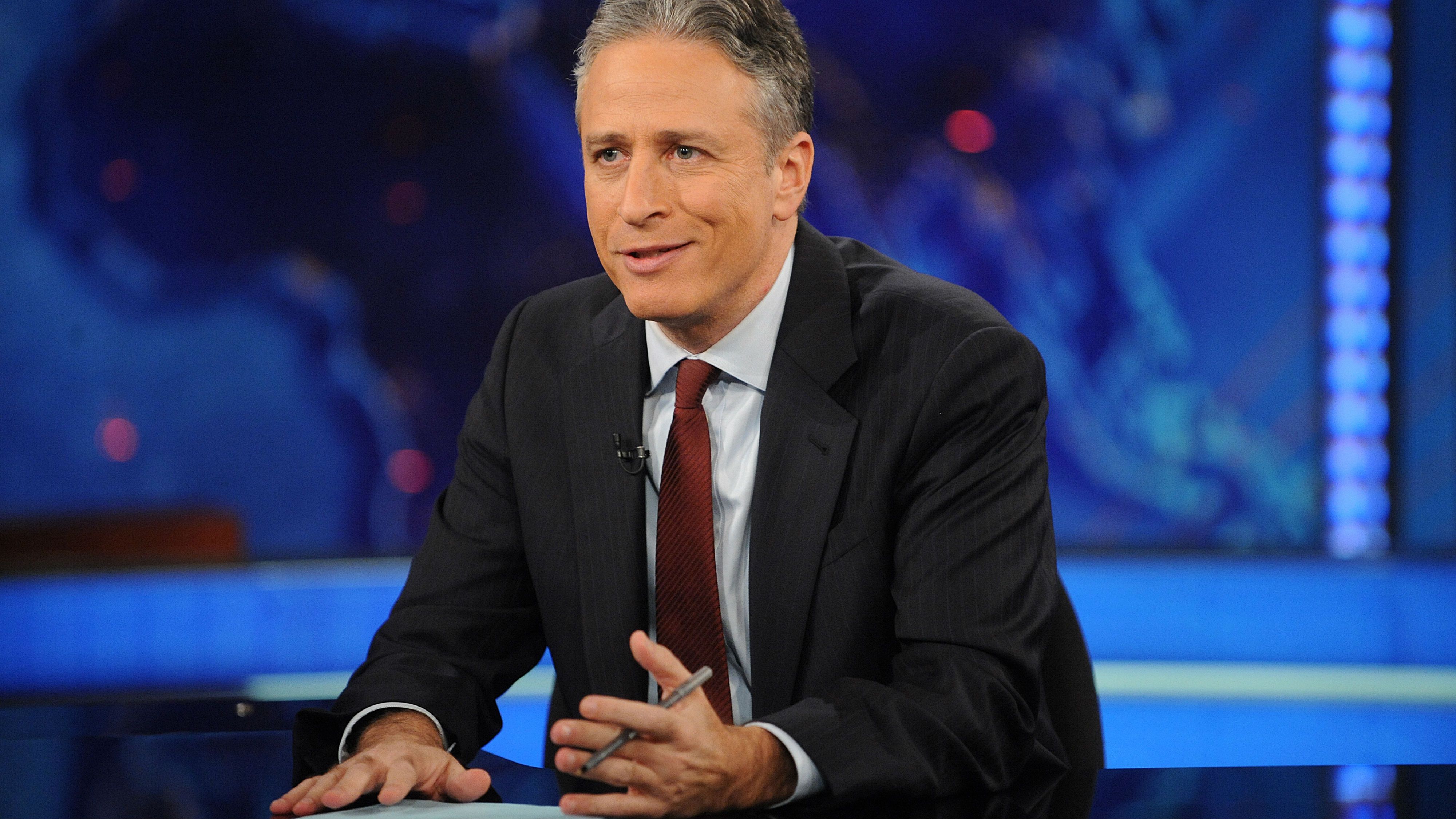