This Channel 4 program based on fifteen hitherto unrevealed letters between Wallis Simpson and her second husband Ernest Simpson overturns what we the British public have come to understand about the whole WE (Wallis, Edward) affair.

Edward VIII gave up his throne for Wallis – a grand romantic gesture – we never considered what she gave up for him.

The secret letters of the program’s title were discovered by Wallis Simpson’s latest biographer Anne Sebba for her book ‘That Woman’. They show that the love between the abdicated King and Mrs Simpson was unrequited – he desperately in love with her but she still in love with her second husband Ernest. He had passion for her, she only affection for him. 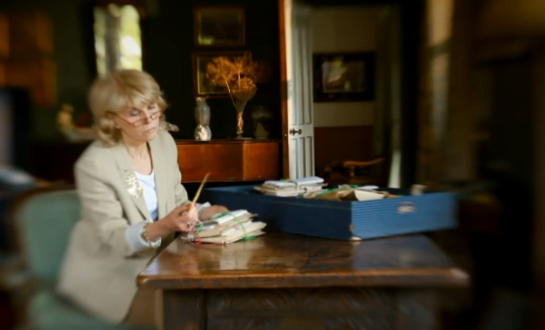 She had conspired to aspire in British Society and, well, who better, than the future king to achieve this. But she was to succeed in capturing more than the king’s manifest material comforts and honours, instead the King’s very heart and soul

Two stories have endured, one that she, Wallis, a Scarlet woman, double-divorcee (scandalous in the 1930’s if unremarkable now) and whisper it she was an American – undermining genteel English society – or exposing its hypocrisy – as you like it.

The second story is a more romantic one – what the King gave up for her – against all the odds and the might of the English establishment – and their ultimate exile – not just physical but emotional, social and political. 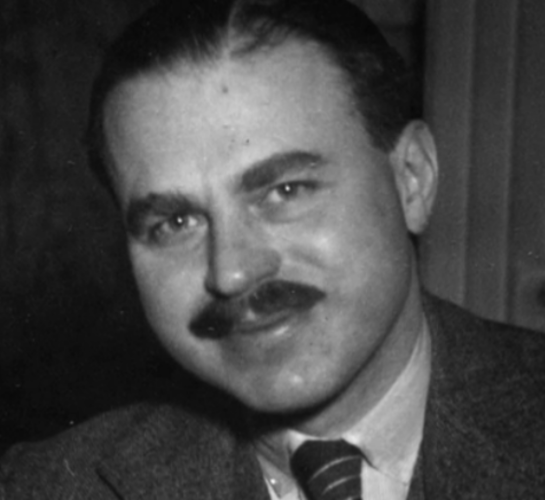 These letters tell a new tale – as in the first story Wallis was certainly a cool and calculating schemer and as in the second story the King did give up his kingdom for her – but the exile for Wallis was a very different one. The king had given up his throne for love, she had given up love for the king.

The letters establish not just that Wallis was still in love with Ernest – a very different WE – but that the divorce itself was an illegal exercise in collusion – a fabrication of infidelity.

She writes to him of the King ‘what can I say when I am standing beside the grave of everything that was us’ – this line alone lays waste everything we had ever thought about the love between Edward VIII and Wallis Simpson.

That ultimately Wallis Simpson was the hunted not the hunter. And she had wanted out. She had wanted to exit the affair waiting for his royal coronation and duty to inevitably put her out of the regal picture – she did not know that he planned to abdicate. Their affair then became public and they then went into French exile. When discovering his plans to secede to his brother George VI she had pleaded with him not to – he did not want to listen. A further letter to him explaining she and Ernest were meant for each other and that she and Edward could never make each other happy resulted in Edward threatening to slit his throat!

The pending marriage between Edward and Wallis was referred to between Ernest and Wallis as ‘the final catastrophe’ and of which Ernest considered Wallis entirely blameless. When on June 3 1937 they finally married it is well documented not one member of the Royal family attended.

As well as these tangled web of relationships between Wallis, Edward and Ernest the program explores the early life of Wallis – her parents and her upbringing and her first marriage to Earl Winfield Spencer Jr.

The program reminds that like Diana Spencer and Kate Middleton the press have always had an obsession with Royalty and long before these two princesses were subject to intrusive press and paparazzi attention Wallis Simpson was similar prey to their prurient camera eye.

This program turns upside down what we had thought we knew about Edward VIII and Wallis Simpson.

A soon to be released film directed by Madonna of the couple titled ‘W.E.‘ as English actress Andrea Riseborough as Wallis and James D’Arcy as Edward VIII – Ernest Simpson is played by David Barbour. I wonder how incidental his part will be in the proceedings of this film knowing as we now do his far more central role. As Princess Diana was to state so memorably about her ultimately doomed marriage to Prince Charles ‘there were three of us in this marriage so it was a bit crowded’. The third there was Camilla Parker-Bowles, a very present factor, whereas Ernest a very absent factor, but no less significant because of that.

I understand that the film is now completed and ready for a December 2011 release in the USA – I wonder how much of this Channel 4 show or the Anne Sebba biography writers Madonna and Alex Keshishian would have been aware of?

If not aware then ‘W.E’ perhaps will have to content itself in being the last of that particular 20th Century English Royal myth.

And now another film – about ‘WEE’ not ‘WE’ – is waiting to be shot. I wonder what director will best tell it?