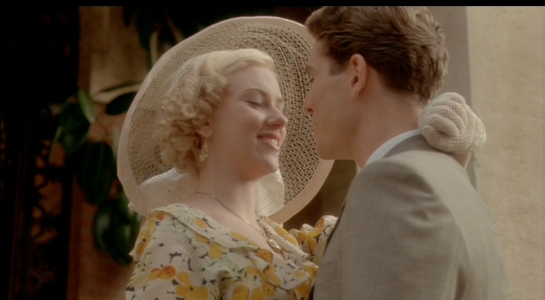 A Good Woman – The Windermeres

Some women bring happiness wherever they go, others whenever they go.

And so this marital tale proceeds.

The dialogue crackling from start to finish with one-liners dispatching crisply and smartly and as movie script-writers are not usually this aphoristic I beginning to wonder if this was in fact a literary adaptation eventually cottoning on a little too belatedly that this is indeed being from the cup runneth over creative pen of Oscar Wilde, his ‘Lady Windermere’s Fan, a Play about a Good Woman‘. And it is quite clear who the good woman is and as notable that the bad woman gets far more of the best lines.

Scarlett Johansson is playing Meg Windermere but even then I did not make the immediate connection! In slight defence to myself the film is shifted in time and place – from its 1890’s original time-frame to 1930, their titles republicanized to Mr and Mrs Windermere and their origins Americanized to New York and their locations shifted from London to the Amalfi coast in Italy. Still a more die-hard Wildean than me would not have been I am sure deceived by these temporal and spacial liberties. 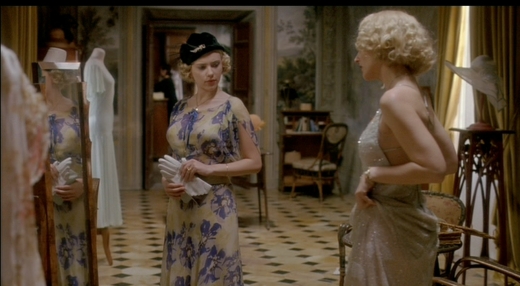 Despite having read much of his works ‘Lady Windermere’s Fan’ I confess is not a play I have seen or read in its entirety instead familiar with it from oft told quipped quotes from the mouths of many others.

A Good Woman the 2004 Mike Barker film follows then as you would expect a similar trajectory as Lady Windermere’s Fan if taking its own celluloid contoured detours along its way. An apparently orphaned child who several decades later upon her twentieth birthday is visited upon again by her mother – and will the maternal secret be shared? – just how much of this tale can I spoil, just what are the chances that this tale is unknown to you anyway?! Likewise whether her masked motivation is maternal or material? She meets often and in private with her daughter’s husband Robert and we like the rest of the cast are left to buy in to the gossip and think the worst. (‘You’re so fond of gossip you don’t give the truth a chance to put its pants on’). 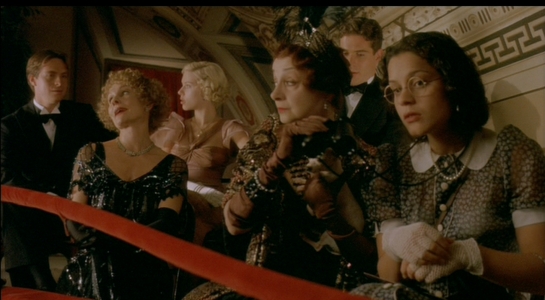 Gossip is alright. It’s the moralizing that is in poor taste

They have been parted and nurture has overcome nature perhaps – like mother, like daughter does not appear to be so – daughter orthodox and moralistic, mother a law unto herself her own scruples fast and loose. And the bond between them too long rent asunder?

This Wildean tale explores a number of themes if primarily marriage and other romantic human relationships – can marriage endure, can men and women ever be friends. ‘Bigamy is having one wife too many.’ explains a character ‘So’s monogamy’ is the instant rejoinder from another, Lord Darlington. And following on ‘A man can be happy with any woman – so long as he does not love her’.

On love itself  ‘Undying love is like a ghost in a villa – everyone talks about it but no-one has seen it’ – you really cannot go wrong with Wilde!

On friendship ‘If everyone knew what everyone said about each other there would not be four friends in the world’. And I should add even less if we knew the thoughts of our friends! 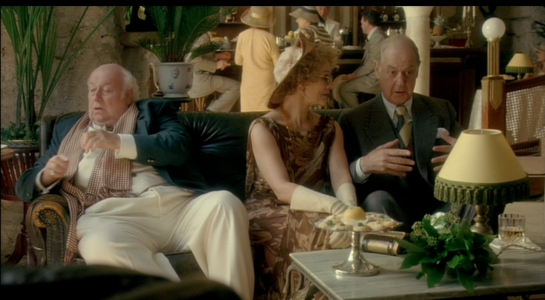 The Wilde quotes are so good that I am trying very hard to resist shoe-horning them into this post!

So many humorous lines and no less insightful for their levity. Contrast the gravity of Nietzsche who warned to be careful looking into the abyss less the abyss looks back upon us – and which advice is why I do not read The Daily Mail – against Wilde who varies this equivocal aphorism to comment that we all straddle the abyss and if we never look down we can never know who we are. Mmm – do I really have to follow Sarah Palin on Twitter to get the measure of myself!

This 2004 film adaptation of this play stars Helen Hunt as The Lady Windermere absentee mother Mrs Erlynne and Scarlett Johansson the aforementioned Lady Windermere. Other notable performances are Lord Darlington played by Stephen Campbell Moore and Tuppy played by Tom Wilkinson – each romantically engaging and entangling with the mother and daughter Windermeres. Helen Hunt runs Stephen Campbell Moore close in being blessed with the character with the best lines but no character outshines the other I feel rather an ensemble acting performance prevails. 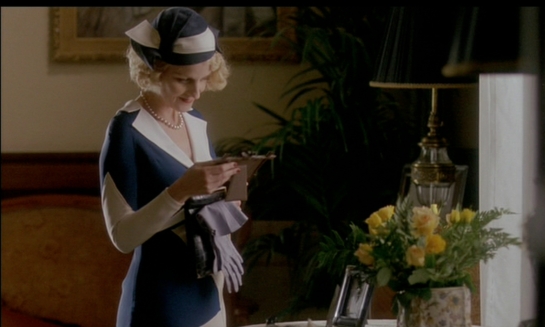 The difficult if enjoyable task of adapting the script was given to screenwriter Howard Himelstein, a new name to me. There are plenty laughs to be had but the film is not solely played to amuse us – it engages us cerebrally and viscerally too. Clearly the witty quick-fire exchanges are Wilde’s, the more prosaic slow-burn exchanges Himelstein’s. And this works taking the script off the stage and making it live and breathe on screen.

It is sumptuously set and shot – it has the look and feel of a costume period drama but none of the sentimentality often associated with that genteel genre. The fashions and interior and exterior décor are a pleasure in themselves.

The film ends with a maternal exchange and a revelation, not to the daughter that she had a living mother standing there before her, but to the mother that her daughter had always been guided by her – if by an ideal of her. And the mother decides to leave the daughter with that ideal intact.

A sad if admirable choice. A satisfying literary ending perhaps but realistically believable too. A grown-up Hollywood ending. 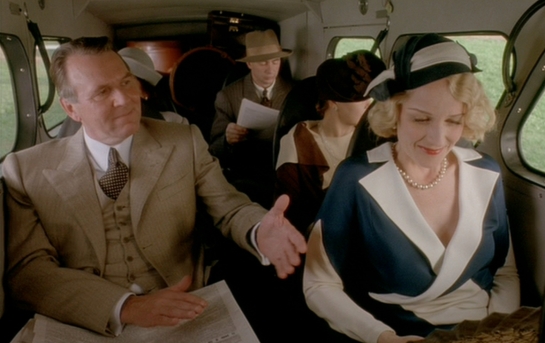 I like America. Name me another society that’s gone from barbarism to decadence without bothering to create a civilization in between.